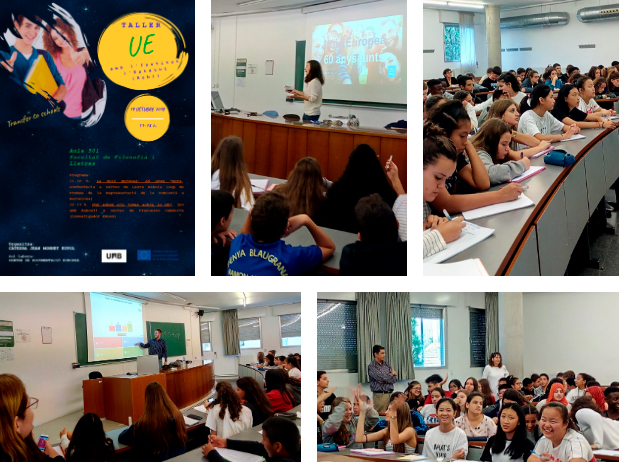 The purpose of this activity consists in the familiarisation of a non-university audience to the specificity of the European integration process, the functioning of its institutional apparatus and the public policies generated. These workshops aim to act as linking chain between the university world and a young public which is unfamiliar with European studies and generally unaware of the importance of the EU as a regulatory agent. Throughout the ‘Transfer to Schools’ workshops, the main objective is to ambitiously perform as agents of sensitisation and socialisation towards European interest, thus contributing to the development of a European identity.

Below you can find a list of the ‘Transfer to Schools’ workshops which were already celebrated:

Theme by Anders Noren — Up ↑