The EUGov research group was born in 2003 as a strategic research line of the University Institute for European Studies in Barcelona. That same year, the group was acknowledged and financed by the Generalitat de Catalunya as Emerging Research Group and later on, in 2009, as Consolidated Group. Its first steps were related to participation of the EUGov researchers in a prestigious European research network financed under the 6th Framework Programme titled CONNEX – “Connecting Excellence on European Governance” (2004-2008). This major collaborative project brought together 43 institutions from 23 Member states and over 170 researchers and was a pioneer in the investigation of multilevel governance in the EU, a notion that since then never ceased to gain prominence in both academic and practitioners. EUGov took its inspiration in the work of CONNEX and carried on the tradition of inquiry in the complexity of European Union as institutional and socio-economic project.

Thus, EUGov was the first group in Catalonia specialized in EU governance and its research was traditionally committed with the territorial dimension of EU integration studies. In 2012, with the temporary closure of the host institution, IUEE, the research group continued its activity under the institutional umbrella of the Autonomous University of Barcelona (UAB). Our researchers are prepared to build on this historical trajectory and accumulated expertise to give a new boost the European studies in Catalonia and Europe at a time when this perspective is most needed.
EUGov is also a highly internationalized group, given the nature of its research. Throughout the years, the group has built strong collaborations with universities all around Europe, Latin America (Mexico, Peru) or China, although its natural playing field remain the European Institutions and Universities.

The EUGov research group was restructured during its last renewal with the Catalan regional government as a Consolidated research group in January 2018 (2017SGR 352).

This was mainly due 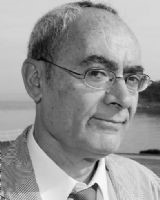 to the demise of Prof. Francesc Morata Tierra in 2014, founder and main coordinator of the group since its origin in 2003.

The group also changed its core description from EUGov “Multilateral Governance in the EU” to “EU Governance and Government” to better define its new strategic line after 2014.

Nowadays, our research is organized under 3 research areas:

Theme by Anders Noren — Up ↑